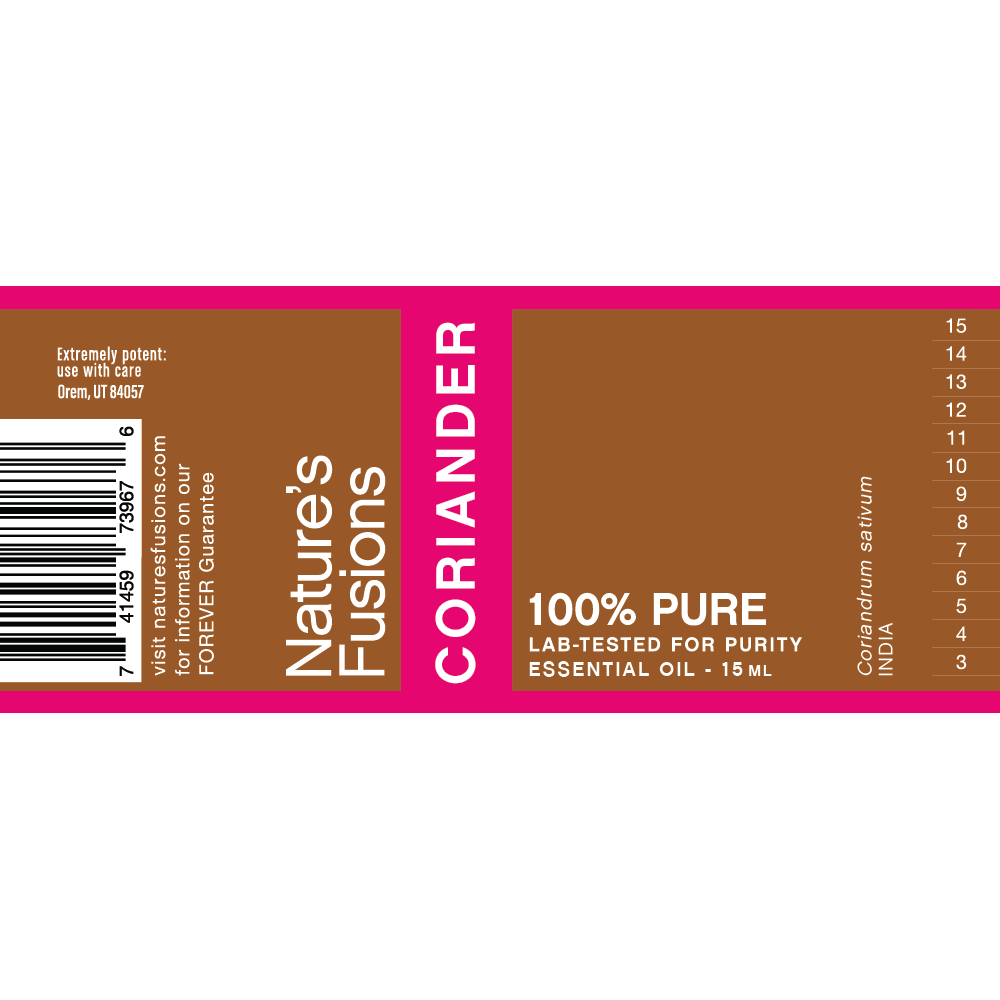 You can earn points for purchasing this product.

Know as one of the worlds oldest spices. Contains natural antioxidants. Coriander was used in both Greek and Roman cultures. Derived from the same plant as cilantro, these two herbs have significantly different flavors and uses. Coriander Vitality has a warm, earthy aroma that is similar to anise.

Warming, Relaxing, or Skin Cleansing
Coriander oil is similar in chemical composition to Lavender. It is also known to aid in maintaining a clear complexion and creating a relaxing atmosphere.
Diffusion: Use three to four drops in the diffuser of your choice.
Topical use: Apply one to two drops to desired area. Dilute with a carrier oil to minimize any skin sensitivity.

Coriander was mentioned in the Bible, and the seeds have been found in ruins dating back to 5000 B.C. Coriander seems to have been cultivated in Greece since at least the second millennium BC. One of the Linear B tablets recovered from Pylos refers to the species as being cultivated for the manufacture of perfumes; it apparently was used in two forms – as a spice for its seeds and as an herb for the flavor of its leaves.

See all reviews on Trustpilot